This clock has one of the plainer dials and cases in the house, and is sometimes overlooked in favour of some of the more exotic clocks. It does have some interesting hidden features though and after getting some more information from the clock conservator at the recent conservation weekend, it seemed like the perfect time to share them. 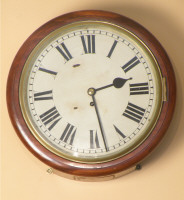 The clock is on the wall in the kitchen and was in the house when the National Trust took over following the death of Helen Beale in 1972. It was made in about 1920 and has a plain, white dial and blued steel hands, which makes it very easy to tell the time accurately. Inside the mahogany case there is an eight day movement, which means that the clock only needs to be wound once a week. Caroline, one of the conservation assistants, still winds it every Tuesday and it still keeps good time – it hasn’t been more than one minute out this year.

The clock might not always have been in this room, but it would probably always have been in the servants’ quarters. It could have been used by the servants to set the other clocks at Standen as it’s likely it would have been the most accurate in the house. It has a very clever mechanism that means it could be corrected by telegraph from Greenwich at regular intervals – hourly, daily or weekly – if it was connected to the telegraph system and the subscription was paid. Inside the movement there is a horseshoe shaped section which allows an arm controlled by an electromagnet to drop in and centre the minute hand on the hour when it receives a signal. 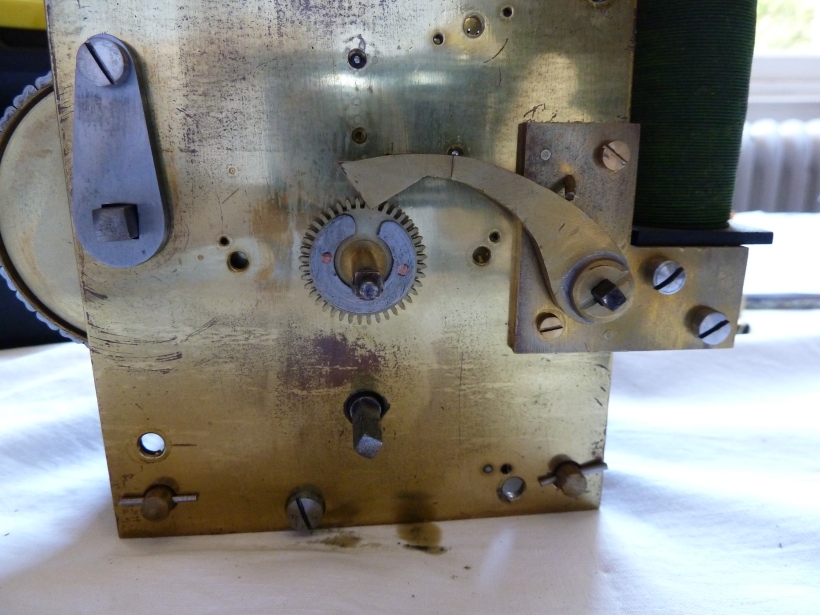 Inside of Kitchen Clock

Standardisation and synchronisation of time were very important issues in the Victorian era. A reliable, common time was needed to help the growing railway network run efficiently – which would help Mr Beale to get to his London office on time. In 1884 the common reference point for global time became the meridian in Greenwich and so the signal would have come to the clock here at Standen from the Observatory there by way of the local Post Office or the commercial business The Standard Time Company. The ‘Greenwich Time Lady’ is probably more famous for selling time in London in the early 20th Century though. A lady called Ruth Belville would travel around with her old pocket watch nicknamed ‘Arnold,’ showing customers the accurate time she had set in Greenwich for a modest fee.