The morning room is one of my favourite rooms. It faces south and east so naturally gets the morning sun. It was the ideal place for the ladies of the family to get out of the way of the servants so they can clean and not be disturbed.

Bright and sunny can cause us a few problems though – we have lots of things in the room which are sensitive to light. We’ve recently put new blinds in that are a mesh kind of fabric that cuts out a lot of the light but also can be seen through to outside.

It’s the only room in the house that has fabric hangings on the walls in this way – a bit like medieval houses had tapestries on their walls. The hangings up at the moment are reprints by Morris & Co. from about the 1970s, but we have a small scrap leftover from the originals that has been made into a cushion.

We get asked a lot what is underneath them – it’s just plaster and lining paper! If you visited last year you might have seen it as we’d taken down the hangings to allow the wall to dry out as we’d had a leaky downpipe outside.

We have also fairly recently replaced the sacrificial carpet on the floor – the old one had been down for a very long time and was developing some fairly extensive holes from all the feet walking on it.

The morning room with its old carpet

We wanted to ensure that the replacement carpet was similar to that which the Beales had in the room, rather than just any old carpet. Luckily we had a volunteer who was working with our family archives for her PhD and she, alongside our curator, were able to identify the style of carpet the Beales had. If you look in the photo below you can see the geometric border of the carpet. 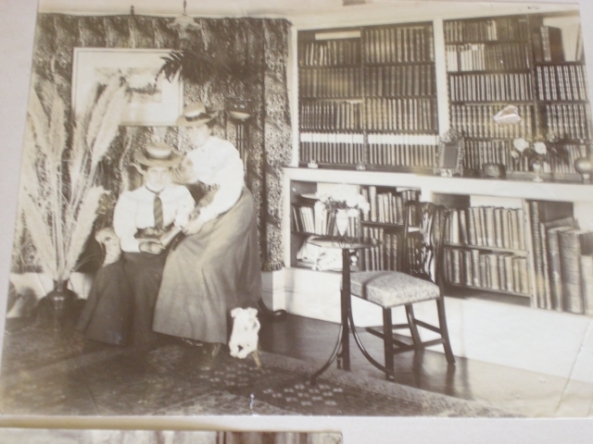 Our curator was then able to go to carpet suppliers and specify exactly what we were looking for.

After we got the carpet we realised that we’d not only got a carpet very similar to the Beales’ original, but, looking at their receipt, had also managed to buy it from the very same place!

Winding the Clock in the Drawing Room

Hi, I’m Caroline, one of Standen’s part-time Conservation Assistants, helping with the daily, weekly and annual conservation tasks within the house.

One of the first jobs I was introduced to was checking, winding and resetting the clocks. It’s one of the many routine weekly  jobs which do not take too long, but you need to be mindful when handling each clock, especially looking for any changes which may affect the workings of each one.

We do this every Tuesday morning so we can keep an accurate record of how each clock is performing. We note the minutes each clock is ahead or behind and 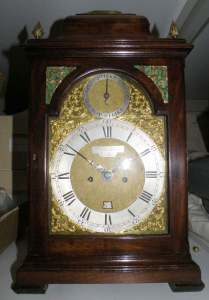 how many turns of the key the springs or weights need to keep the clock running. Any problems are reported to our Clock conservator, who comes to visit  annually.

As you can imagine, each clock has it’s own personality and it does not take long to know which clocks run slow and those that keep perfect time! If I could take one home, it would be the Benjamin Bulline Table Clock (circa 1770) located in the stairwell. It’s an oriental design with beautiful ornamentation.

Another clock I’m really fond of is the J. W. Benson clock which sits proudly above the fireplace in the Morning Room, due to its chimes. This clock always runs ahead of time so we need to reset the time by winding the hands forward, hence we get to hear its delightful charm!

Whats your favorite clock in the House?

As Christmas is approaching at an alarming rate, I thought that a festive-themed Object in Focus would be very appropriate.

I’ve always loved a Christmassy story to help set the mood for the celebrations, so I decided to have a quick search on our collections database to see whether we had any Christmas books at Standen. The database showed a number of books: some were Christmas stories; others had been Christmas presents (complete with inscriptions inside). A book called Prince Pharamond and his cat: a fairy tale for Christmas caught my eye due to its unusual title. The database entry said that it had been given to Margaret Field (later Margaret Beale, one of the creators of Standen) in December 1856, probably by her father. The book didn’t sound like a traditional Christmas story, but I was intrigued by it and thought it deserved to have its moment out on display.

Tucked away, high on a shelf in the Morning Room, I found it: a tiny, slim paperback that was lost amongst the larger, more substantial books on the shelf. Gently opening the front cover, I found the inscription that had been recorded on the database: Margaret Field with her [Father’s?] best love, December 29th 1856. Margaret loved to read; passing her passion for reading on to her own children, who regularly received books as Christmas presents.

The book is rather fragile: the spine is crumbling, and some of the pages are coming away from the binding. It’s clearly been well-read over the years. Our books are checked and cleaned annually by a team of volunteers, who record the condition of the books on a care sheet. Looking at the care record, I saw that although the book is in poor condition, it is stable – its condition hasn’t deteriorated in the last few years.

Prince Pharamond is definitely not your stereotypical Christmas story – instead, it promises a tale of magic and adventure. It tells of a young Prince who, upon the death of his father the King, seeks distant lands with only an enchanted snow-white cat for company. The Prince encounters fairies, elves and goblins along the way, and falls in love with a beautiful fairy. He returns to his homeland a wise and worldly man; marries the fairy, and together they become well-loved and admired rulers of the kingdom.

The book was published in 1857 (slightly at odds with the date of the inscription inside) by Routledge and Co. Routledge became famous for publishing huge quantities of cheap paperbacks, such as this one, which cost one shilling. Originally a small London-based publisher; today Routledge is a global publishing giant, producing books on many different topics. 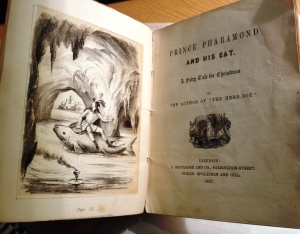 Routledge helped to introduce well-known writers (such as Harriet Beecher Stowe, Washington Irving and Benjamin Disraeli) to the masses by publishing affordable copies of their most popular works. The author of Prince Pharamond is not indicated on the book itself, and further research didn’t produce any answers. Some early works by writers like James Fenimore Cooper and Edward Bulwer-Lytton were published anonymously by Routledge, so perhaps this is the case with our book…